Snakes in a Crib 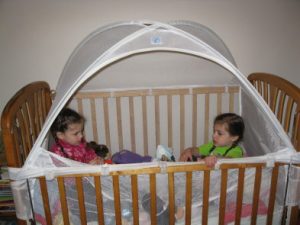 Like many kids their age, Muffin and Squeaker frequently resist being put to bed when it’s time to go to sleep. They’ve built up a whole library of delaying tactics they use to get one more precious moment outside of their cribs, tactics that usually appeal to our sensibilities. After all, who could object to reading one “last” book to their kids, even if you’re already up to their third “last” book?

But a few weeks ago, Squeaker initiated a new tactic to put off going to sleep, one that she used after she had been placed into her crib already. She started to tell us that there were snakes in her crib and that she had to be taken out. Nomi compromised with her by reaching into her crib and removing the imaginary snakes. That seemed to work, although the snakes have made a comeback.

The thing is, I don’t know for sure if it’s simply a tactic or if Squeaker has an overdeveloped imagination. If so, she’s taken after her father. When I was a kid, I loved reading science-fiction books and watching superhero cartoons on television. But I soon became scared of the evil characters on the shows and in the stories I was reading. I knew they weren’t real, but often when I was left alone, I would get scared and run for the comfort of other people – usually my mom. Even today, especially in the dark, there are times when I will feel my heart beat faster if I’m alone, and I’ll look around for the imaginary, unreal threats in the dark.

But not every threat is unreal, sadly.

Squeaker’s snakes got me thinking about some of the other fears that came to the forefront recently. Last week, the internet, or at least my little corner of it, overflowed with two particular news stories. The first was the story of Trayvon Martin, the 17-year-old who was shot and killed in Sanford, Florida last month. From all accounts, it appears that Trayvon Martin was simply walking back from a convenience store when he was shot and killed. He had gone out to pick up some snacks.

The second was the story of the killings at the Ozar Hatorah school in Toulouse, France, last Monday. The gunman killed four people at the school, including three children under the age of ten. The story is horrific enough already, but what made it even worse for me was hearing that the gunman deliberately pursued seven-year-old Miriam Monsonego and calmly changed weapons when his gun jammed. What kind of monster kills a seven-year-old girl?

Last Friday, President Obama spoke to reporters about the killing of Trayvon Martin and said, “If I had a son, he would look like Trayvon.” In my own case, I have two daughters who attend a Jewish playgroup and may one day attend a Jewish day school. The gunman who saw Miriam Monsonego as nothing but a Jew to be murdered would view my own children through the same lens of hate, which terrifies me so much that I haven’t had a good night sleep in two weeks. 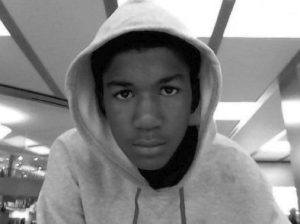 Nomi’s brother-in-law, Harold Feld, made the point on Facebook last Friday, and with his permission I quote him below:

Trayvon Martin is my son. I kissed Aaron goodbye today, wondering if some crazy person will see my teenage boy not as the wonderful, goodhearted, smart, funny, handsome, happy child he is but as some generic “Jew” to be held accountable for events half a world away. That is the power of prejudice. It transforms a young man full of promise walking home from a 7-11 into a generic “black teen thug in a hoodie.” It transforms schoolchildren in Toulouse into generic “Jews” and the object of Jihad. Trayvon Martin is my son. He is all our sons.

As I’ve noted before, we try to protect our kids from the real-world dangers , and we fool ourselves into thinking that we can prepare for anything. But the more I ponder it, the more I feel that Squeaker is actually quite perceptive when she tells us about the snakes in her crib. Perhaps her imagination is simply another step in helping her prepare for one day facing the facts of real-world horrors when I can’t be there to protect her.

I hope Squeaker’s only worries for years to come are her imaginary snakes. Those we can handle.

http://mabfan.com/contact.shtml
View all posts by Michael A. Burstein →
This entry was posted in Columns and tagged Things that go bump in the night. Bookmark the permalink.
Loading Comments...
%d bloggers like this: